The rise of Governments as a Platform and equally as a service is all around us citizens, especially in the midst of how government-related processes are evolving. Tim O’Reilly’s Government-As-A-Platform (GaaP) can look like a toolkit for civil servants, an open platform to build upon, a new public infrastructure, and even the ability to pave way for new institutions that fit perfectly for the digital age. The goal here is to create an environment within a Government where citizens trust their governors and rule-makers, so that digital assets and services can be engaged in.

What do digital services look like, one might ask? From simple to more complex tasks, things such as scheduling for garbage and recycling pickups, renewing business certifications and licenses, scheduling DMV appointments, and even registering to vote for the the appropriate political party in time for an election. This idea of maintaining an online civic infrastructural presence is building a foundation for years to come.

Departments and teams are digitally enhancing services and solutions, especially pushing them forward with a human-centered design approach. Allowing citizens to be granted with an easy way to provide input, find services, and connect such relevant information needed to empower constituents.

According to a study run by Accenture, 5,000 citizens from five different countries, had concluded that 67% of their respondents want the government to be an easier to interact with digital services. 51% of survey takers found that they would actually increase their usage, if there was an individual single portal to access such benefits.

Enterprise Content Management, or ECM, works to provide centralized access to such services. This communication is done so in that citizens are able to have a one-stop shop of sorts for their needs. The use of ‘as-a-service’ methodology is expected to expand by 92%, while the use of managed services should shoot up to 61% within the next three years.

Government-as-a-Platform aims to address the rising complexity of service delivery, by enabling the attention of all government departments and agencies. GaaP not only simplifies service requests made by citizens, but also that of the ability for governments to view citizens holistically. When it comes to reporting data analytics, employees are able to see specifically the types of services which have been requested, the frequency of those requests, the data points to allocate such resources, and even the means of optimizing delivery patterns for services.

While the future of progress may seem bleak, governments are working to make large strides to rebuild trust and loyalty of the public’s overall perception of their work. If citizens don’t trust their government officials, then there is no way they are likely to engage with digitized services and offerings.

How does government become an open platform that allows for people on the inside and outside to innovate a system where all functions evolve through interactions between both government workers and citizens? Government-as-a-Service or Government 2.0 acts essentially as a service provider, enabling its user community on a daily basis, especially in its digital maturation.

Previous Why Healthcare Providers Should Adopt TeleHealth Tactics in 2020

Next The Future of Field Service Management 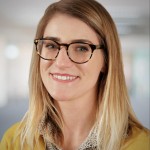 AR and its Role in the Manufacturing World

SMBs & SaaS: A Match Made in POS-Heaven

The after-effect of your successful business event: 6 to-do’s that will allow you to continue reaping the benefits